Your browser is not supported. Please update it.
Home page
Telephone +44 (0)1253 724206
Website by Golfworking
Heritage
Women’s Open
Back to top

Sherri Steinhauer’s opening round of 81 remains the highest score recorded by any major champion at Royal Lytham.

On a week where no competitor would return a score of par or better due to the blustery conditions, Steinhauer made a great surge on the field, making up a 12-shot improvement on her first effort, and her three-under-par 69 in the final round, for a four-over-par total of 292, made her one of the more surprising winners.

On the final hole, she produced a fine drive, leaving just 156 yards to go in a strong crosswind. Electing to use a six-iron, she pitched the ball well short of the pin and ran it up, succeeding brilliantly. The execution of the second shot left just seven feet for birdie and despite only just reaching the lip of the cup, the ball dropped securing Steinhauer the victory. 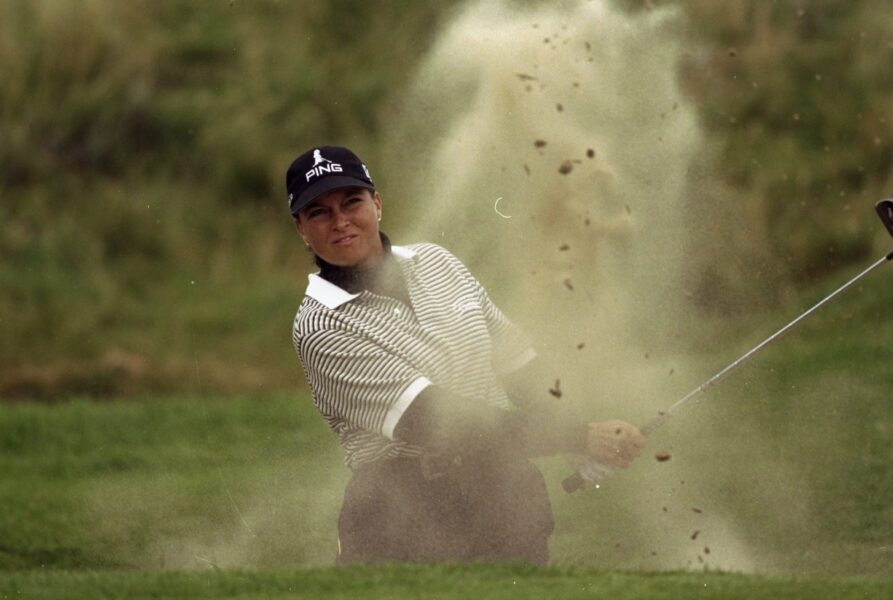 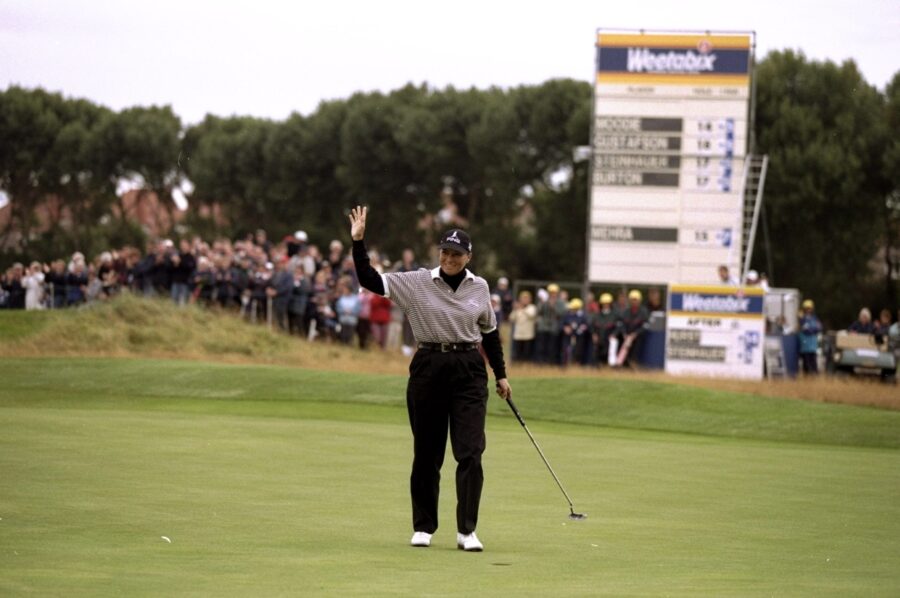 Despite already being recognised as a golfing great, Annika Sorenstam’s triumph in the 2003 Women’s British Open earn her a place in a truly elite group.

The Swede was undisputedly the world number one heading into the event and started the week strongly with a four-under 68. Despite of this, she trailed by four strokes at the halfway stage of the tournament after a second-round 72.

Day four of the championship culminated in a battle between the Swede and Se-Ri Pak. Sorenstam, having trailed for the majority of the front nine, twice edged in front with birdies at the 11th and 15th, only for playing partner Pak to respond each time with gains of her own. After a day of high tension, the championship was decided on the 72nd hole. Pak, after finding one of the punishing fairway bunkers off the tee, made bogey, whilst Sorenstam on the other hand held her nerve to secure the par she needed to prevail. 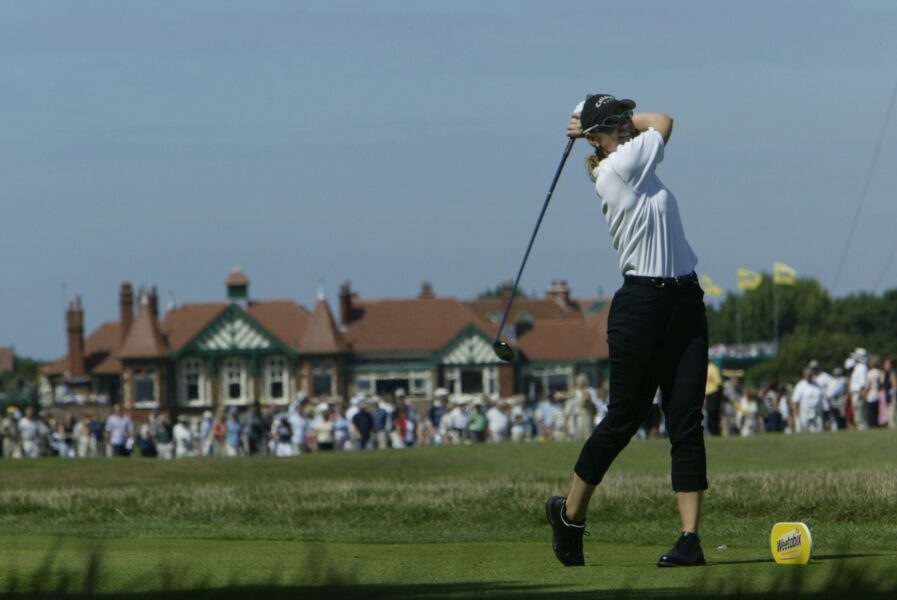 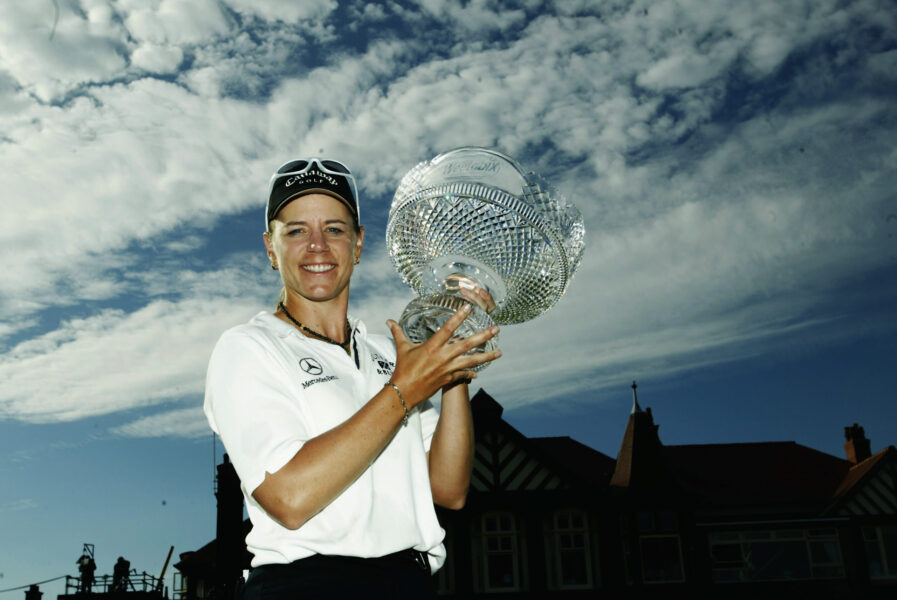 Returning to the scene of her second Women’s British Open title, the perception of feeling relaxed and at home eluded Steinhauer who later described the nervousness she felt when competing. But that did not stop her succeeding.

After a nervy opening round of 73, Steinhauer produce an exhibition of excellence, going 48 holes without a single dropped shot. Her second 66 moved her firmly into contention with the biggest threat coming from Kerr, who was within one shot at 7 under before she bogeyed the par-4 16th when her approach hit the green and rolled off the back. Kerr also double-bogeyed the 18th to join Gustafson in second place.

As for Steinhauer, slow and steady won the race on a rainy Sunday. She collected one birdie and 16 pars in what was a spotless round until making a closing bogey at the 18th. 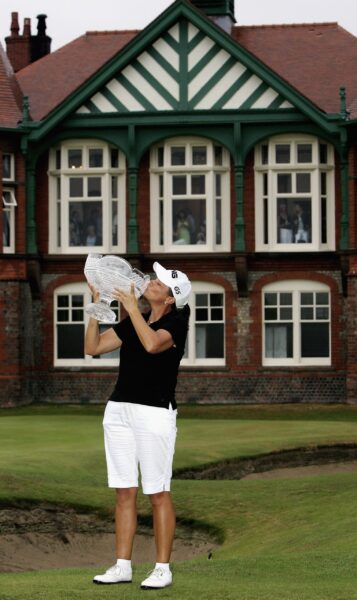 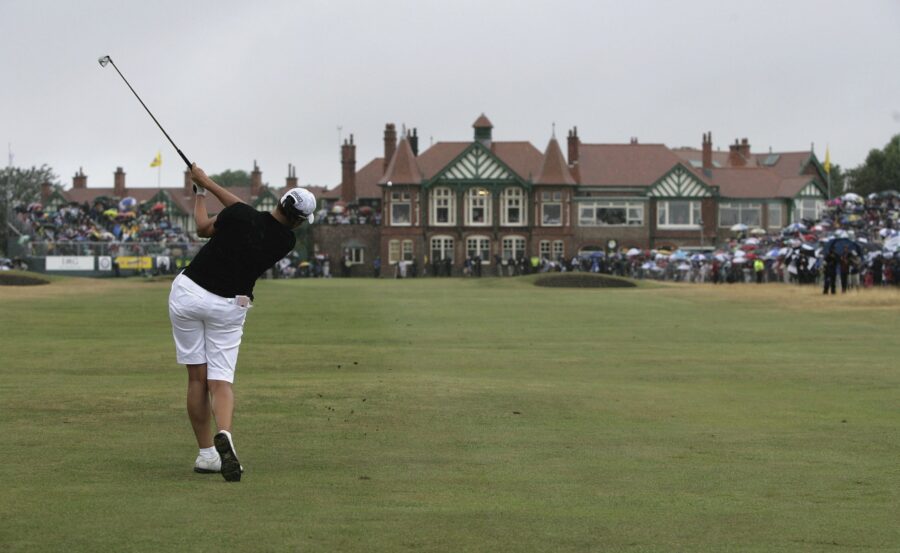 Sherri Steinhauer of the USA hits her second shot to the par 4, 18th hole during the final round of the 2006 Weetabix Women's British Open

Some 23-years earlier, a young Scot under the name of Catriona Lambert visited the Fylde coast to compete in the Women’s Amateur Championship.

The first Championship, in 1893, was staged at Royal Lytham and it returned to mark the centenary of the competition. Defeating English player Kirsty Speak in the final the young Scot’s love of golf at Royal Lytham began…

Catriona returned to Royal Lytham in 2009 under what some may described as challenging circumstances. Eleven weeks earlier, Catriona welcomed her second daughter to the world. The family’s latest addition created a reduced expectation and consequently Catriona was able to play a brand of golf that was free-wheeling and spectacular. After a fairly tricky start, Matthew hit top gear on the back nine in round two, carding her third Women’s Open hole-in-one on the 12th hole en-route to an incredible seven-under-par 30 on the back nine.

Catriona became the first Scot to win one of the four majors in women’s golf, “I had a tear in my eye coming up the last,” said the 39-year-old. “I was overcome by it all.” 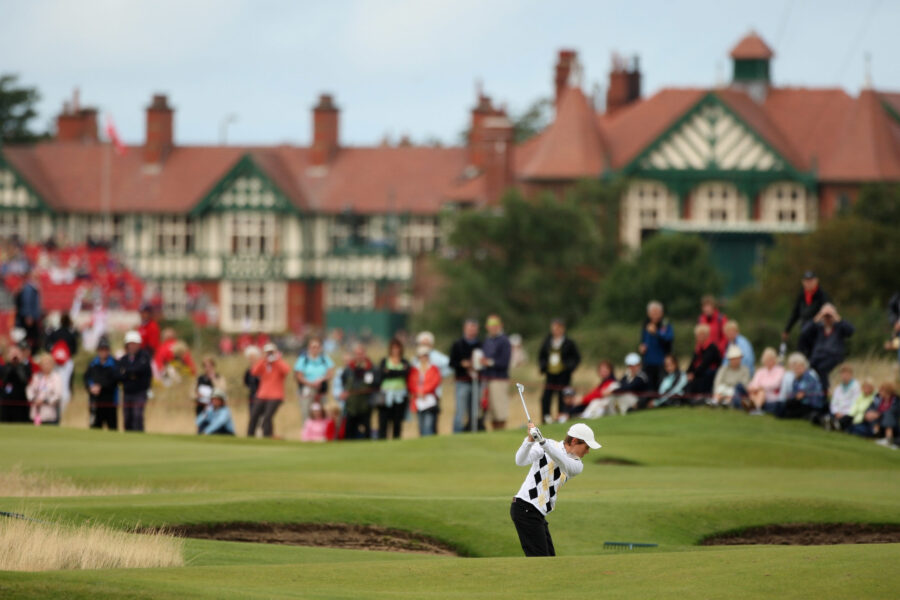 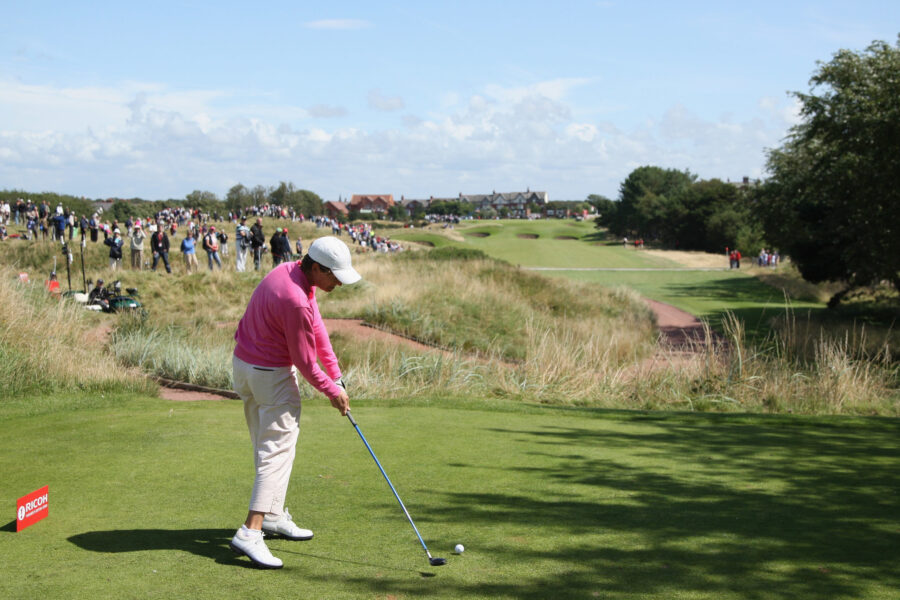 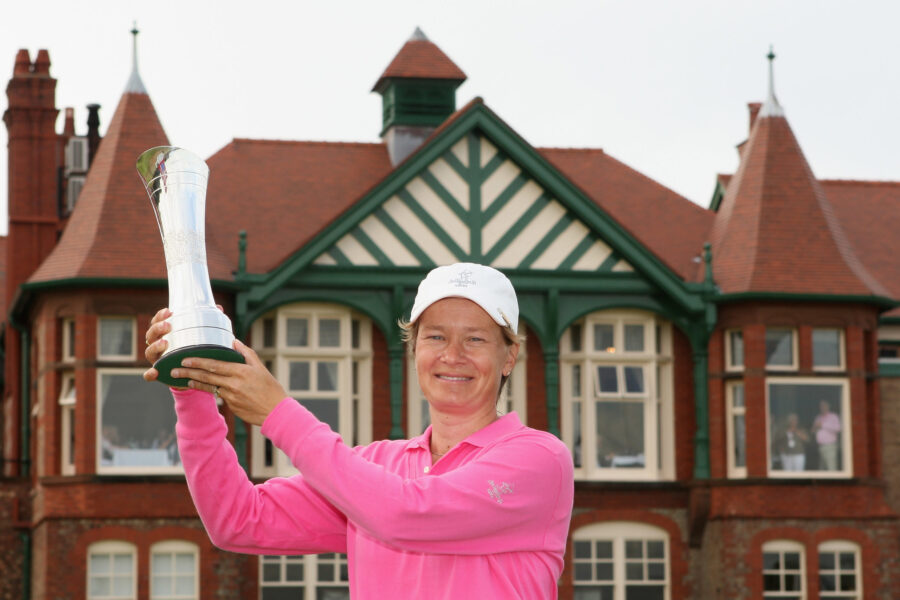 The Pressures of Home Soil…

As record crowds gathered, Dame Laura Davies made a record 38th consecutive appearance in the Championship, but it was another English competitor who stole the headlines. 22-year-old Georgia Hall, named in recognition of Nick Faldo’s 1996 Masters victory, was just the seventh English winner of the Women’s British Open. 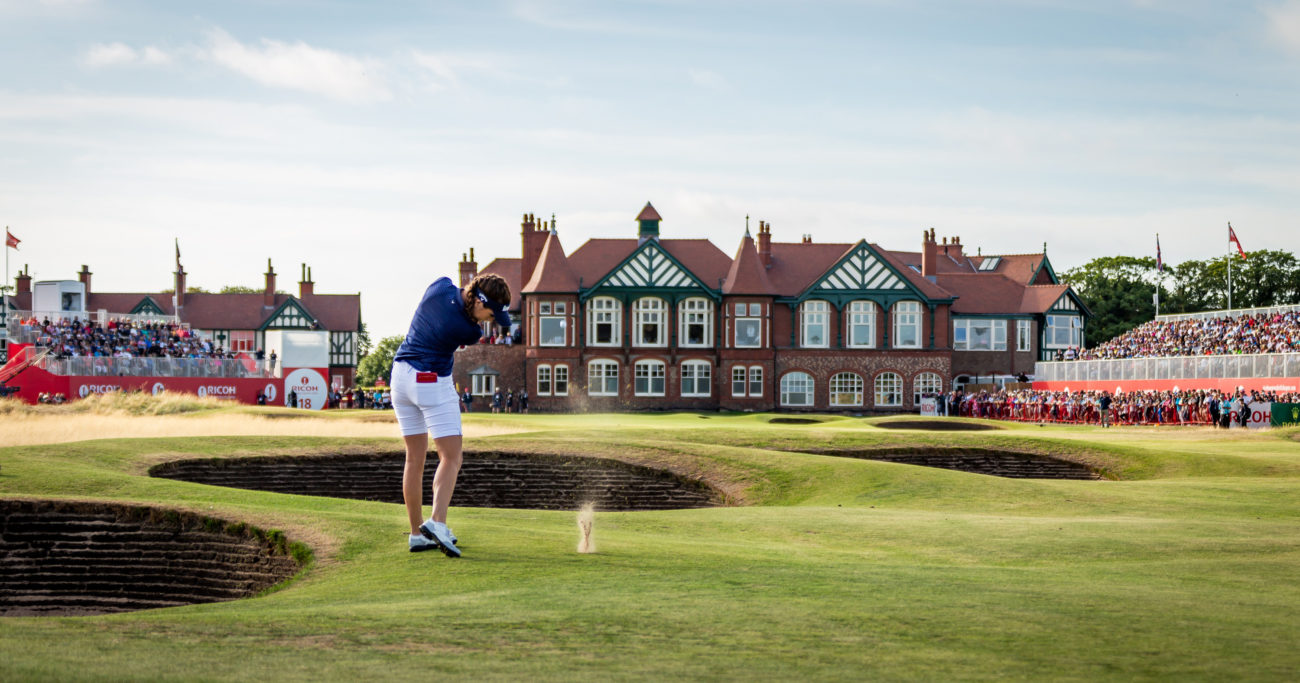 Showcasing a mentality for the big time, Georgia relished on the pressures that home soil brought. She dropped just three strokes in the Championship and this alone was a testament to the temperament and skill she exhibited. Fascinatingly, in the lead up to the 43rd staging of the event Georgia had met 1996 Open Champion, Tom Lehman, who advised her to lay up short of the fairway bunkers. Yielding this advice, Georgia visited just seven bunkers all week, only one of which was a fairway bunker. 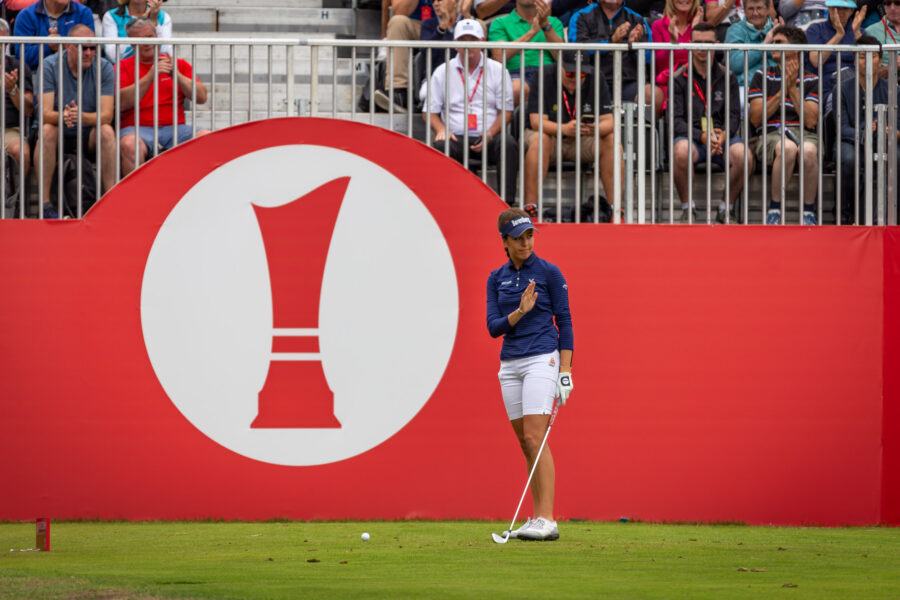 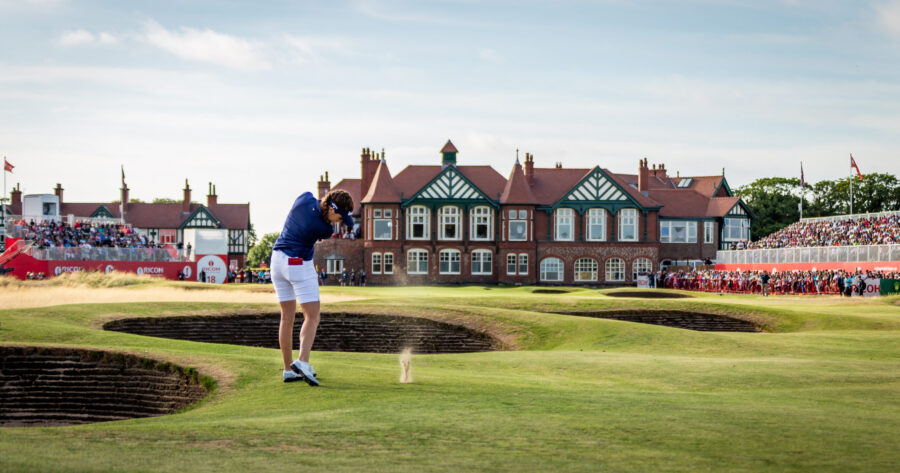 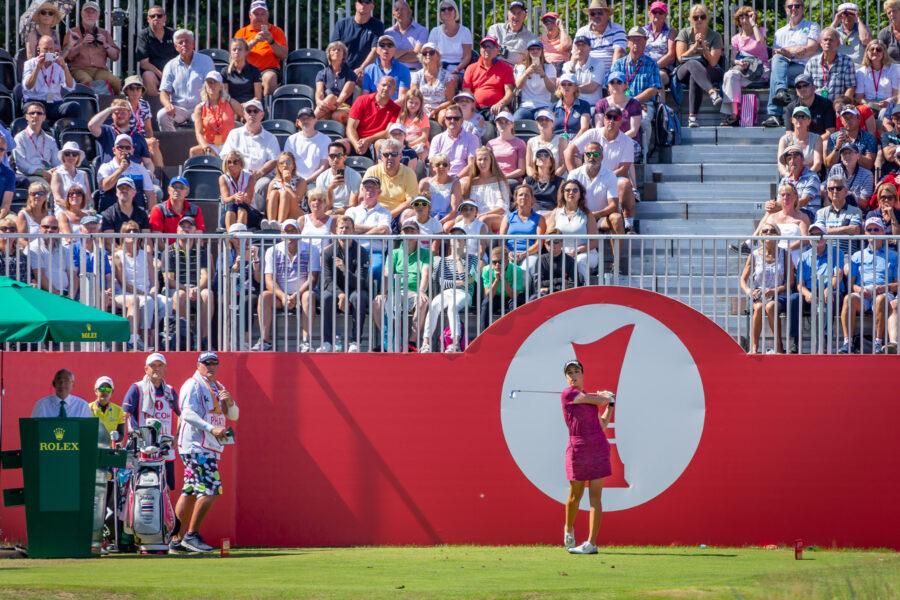 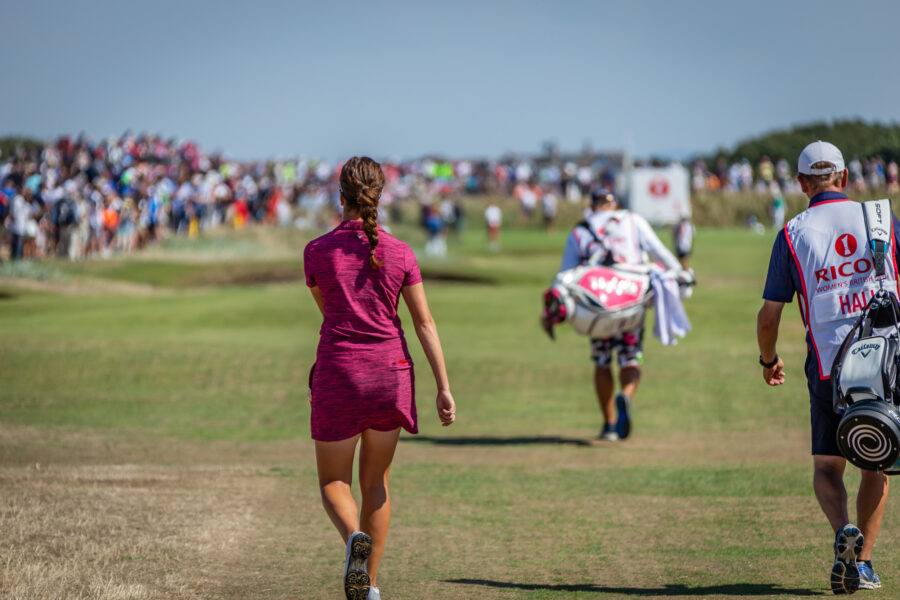 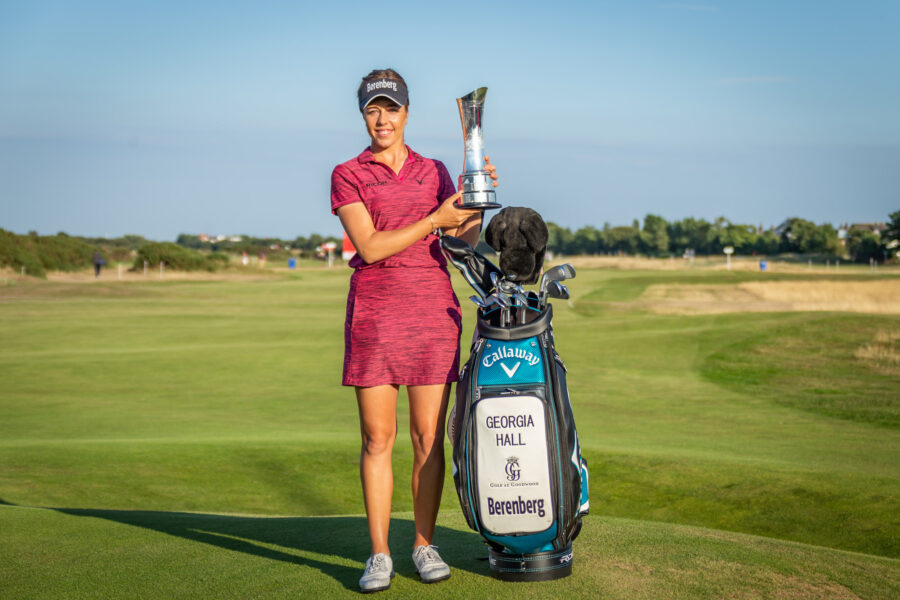 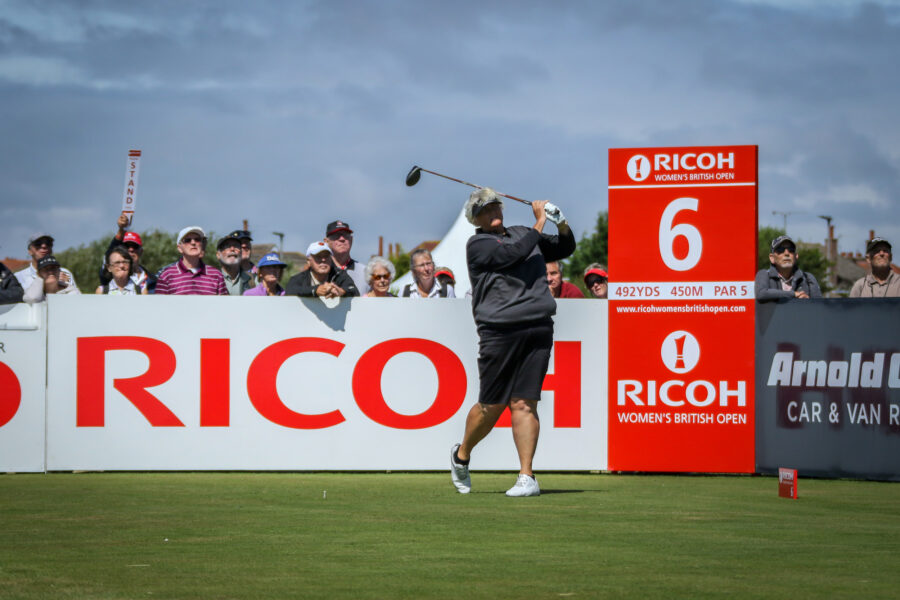